This week, our founder Raj Girn is rolling in the deep with Bollywood superstar Aamir Khan, where they chat about his latest film, Laal Singh Chadha, produced by Aamir’s production company Aamir Khan Productions.

The film is the Indian adaptation of the American classic, Forrest Gump, where Khan plays the title role. The film also stars Kareena Kapoor Khan.

👉🏽 Why he chose to take on this role

👉🏽 How the script was adapted from a film rooted in American culture, to then speak to South Asian sensibilities

In Part 2 of this episode, our editor-in-chief Hina P. Ansari continues with her conversation with Afsha Malik from National Advocates For Pregnant Women (NAPW).

👉🏽 Is the abortion ban a way to expand the white population?

👉🏽 How it’s about preserving power on many levels.

If you missed Part 1 of this chat, you can catch it HERE. 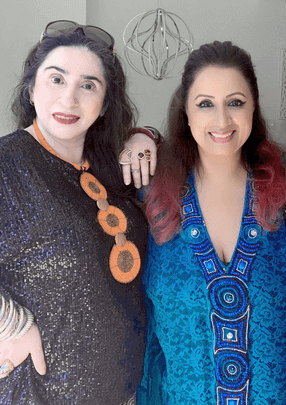 'THE TRANSFORM YOUR CONFIDENCE SHOW'