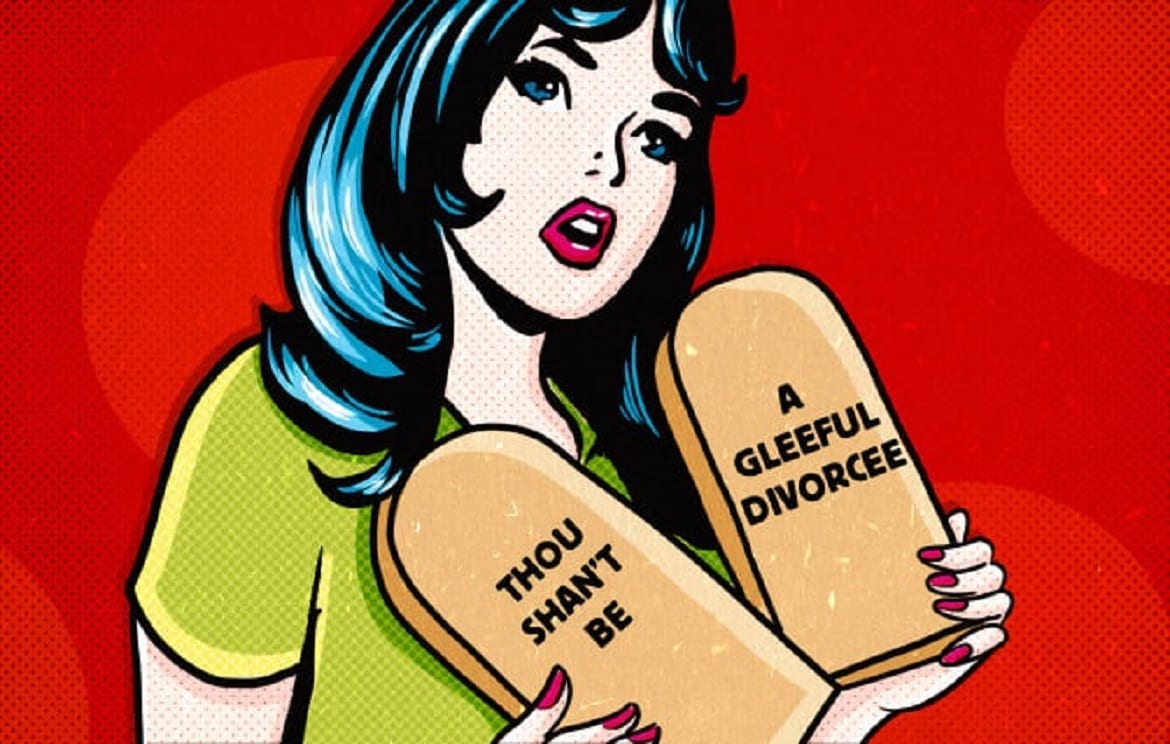 When it comes to love finding it once is pretty remarkable. However when it comes to finding love the second time around, specifically for older divorced women it’s not so easy. Thanks to incredible cultural biases that face older Desi divorced  women. We take a closer look at why that is and how we can change things.

Although it can be a scary concept that continues to be taboo in parts of the world, sometimes it is necessary for the well-being and happiness of each individual in the event of marriage breakdown.

The evidence shows that people around the world are increasingly seeking a divorce. For example, Indian Express reports that “Luxembourg has a divorce rate of eighty-seven per cent, [while] in Spain, the divorce rate is around sixty-five per cent; Russia is at fifty-one per cent; United States, forty-six per cent.”

Within India, Indian Express reports that the divorce rate is just “1.5 per cent,” which reflects a 0.5% increase over the last three years notes Economic Times.

Although India’s divorce rate is low, for Indian women, this is concerning for a number of reasons, particularly as it creates a facade of perfect marriages, which is far from the truth. But for the purpose of this article, I will focus on why getting divorced is highly problematic for Indian women, due to the cultural stigmas attached to it, such as the following:

On the flipside, divorced men do not face the same stigmas as divorced women. Instead, they are able to remarry and continue on with their lives, while for Indian women, the cultural expectation dictates that they are meant to live out their lives alone.

Not only is it improper for Indian women to get divorced, but it is also a problem for divorced or widowed Indian women to remarry or find a new partner. It is particularly difficult for divorced women to find a partner that is willing to marry them due to the taboos that are then attached to the women following her separation. According to CNN, the kids of divorcees “worry over complicating inheritance issues” in the event that their parents were to remarry. As well, in South Asian culture, often the older women are expected to assist their children with childcare duties, which may be more difficult if they “find a new partner,” highlights CNN.

That said, although it has long since been the expectation that divorced Indian women, particularly older women, should hang their heads in shame and live out the rest of their existence alone for failing to protect their marriage, the winds of change of blowing friends!

Today, there are approximately “…15 million elderly Indians [that] live alone and three-quarters of them are women” reports CNN.

Happy Seniors was founded by Natubhai Patel, who launched the “non-profit dating service, Anubandh Foundation, after the 2001 earthquake in Gujarat” as thousands of people had lost their partners. Often the seniors who work with the dating agency are looking for someone to carry out their remaining days with and to have support nearby. This is particularly important as nowadays, “adult children in urban India no longer automatically invite their parents to live with them, leaving many without a support network they may have expected when they were younger,” highlights CNN.

Happy Seniors works with Indian seniors who are looking for a companion. To be clear, these couples may not get married, instead, they may have a ceremony to “…exchange garlands, [which provides] social validation [and it] is an acknowledgment of their partnership” ahead of moving in with one another to avoid the stigma of ‘living in sin.’ Many seniors also opt out of marriage to avoid any legal repercussions, for example, if they were set to “inherit their [former] partner’s property” or if they were getting payments, for or from their previous spouse, explains CNN.

Happy Seniors is a great initiative that seeks to help abolish the stereotypes that older adults in India, particularly for divorced women, should remain alone if their marriages do not work out. However, the stigmas that surround divorced Indian women are deeply ingrained in the culture that continues to hinder them from straying away from the norm.

For instance, CNN reports that Happy Seniors has “the details of 12,000 men over 55 across India [while they only] have the details of only 1,000 women.”

To combat these social stigmas, the dating agency has implemented efforts to help to protect older women who choose to date and find ‘live-in relationships,’ notes CNN. For example, to encourage women to join the Happy Seniors dating agency they are given a rate reduction. As well, CNN explains that “Patel’s foundation invites men who enter a new live-in relationship to put money into their partner’s account each month or to invest in an apartment in the woman’s name, so that she has financial security in case of a break-up.”

That said, the fact that Happy Seniors has the name of 1,000 women is a step in the right direction, in terms of breaking down the social stigmas that surround divorced or widowed older women in India. Change may be slow, but the fact that women are bravely moving forward in an effort to find happiness later in life is a step in the right direction.

Over time, as the new generation continues to question the cultural expectations and rebel against the archaic patriarchy, it will become more ‘normal’ to find love again, particularly for divorced Indian women. This change will take time, but the good news is that the winds are blowing, and here at Anokhi, we are thrilled to be here for it!