A New Year Means Different Story Lines, Fresh Performances And A Solid Reason To Get Off The Couch And Give Your Netflix The Night Off (Before It Drops Dead Of Exhaustion).

From historical movements to slapstick shenanigans to post-traumatic stress disorder, these films will no doubt keep your eyes glued to the big screen.

What: Selma
When: January 9
Why: What happens when a man stands up and says “enough is enough"? A nation unites to fight against what was — and still is — an ongoing racial divide. In 1965, Martin Luther King led the people of Alabama from Selma to Montgomery in an unforgettable demonstration of justice and freedom. With a star-studded cast including David Oyelowo, Giovanni Ribisi, Cuba Gooding Jr, the conscious rapper Common and the incomparable Oprah Winfrey, this story takes viewers back to a time filled with both oppression and glory. What: Inherent Vice
When: January 9
Why: Okay, we get it. Joaquin is weirdly brilliant. We figure this by the way he inconspicuously signs onto a role that is just a cut above everything else and then plays it with massive conviction. He can be the lovelorn, substance-abusing crooner Johnny Cash in Walk the Line or the brightly dressed, kind-hearted and lovesick Theodore in Her. Now, Inherent Vice finds Phoenix transforming into Larry “Doc” Sportello — a slightly dazed private investigator who enjoys a side of cannabis with his daily detective work. The antics begin when Doc’s ex-girlfriend requests his help to throw a wrench into the plans of her current boyfriend's wife. Egos fly and hearts ache, but Doc has it together … we think. As the narration says, “Love usually leads to trouble.” 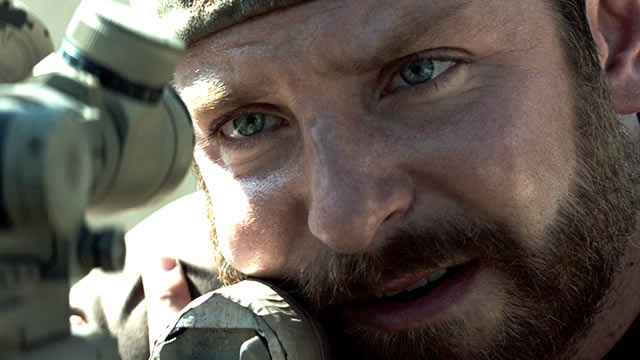 What: American Sniper
When: January 16
Why: After watching him play the handsome protagonist in most of his films, it’s hard to imagine Bradley Cooper as a rugged Navy Seal sniper. As the film unfolds, the influence of combat seeps under his skin and strips away everything that was once normal. Cooper loses touch with reality, including the life he made with his wife (played by Sienna Miller). It all starts to unravel as he tries to come to terms with the number of lives he’s taken. Directed in true Clint Eastwood fashion, American Sniper depicts the uncomfortable reality of a trained killer forced to make the gruelling decision to pull the trigger. What: Mortdecai
When: January 23
Why: Sometimes we feel Johnny Depp has superhuman qualities and sometimes we feel like he’s not even human at all. His quirkiness makes him lovable and relatable and we wouldn’t have it any other way. Now, Depp is at his old tricks again as art dealer Charlie Mortdecai — on the verge of bankruptcy and on the hunt for a stolen painting thought to contain the code to a secret treasure. With some help from his friends, he stops at nothing to get his hands on the coveted prize. Gwyneth Paltrow, Ewan McGregor, Paul Bettany, Jeff Goldblum and Olivia Munn make up the rest of this zany ensemble.