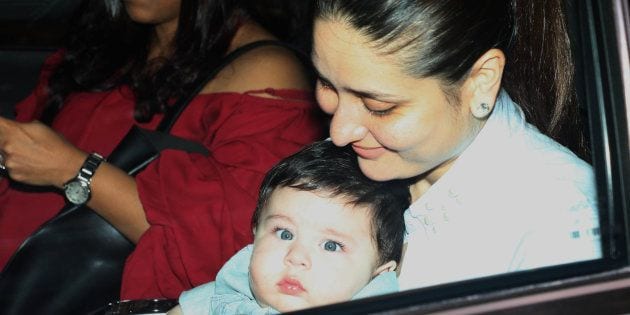 I don’t understand why people feel the need to insert their opinions when it comes to upbringing of other people’s children. What pisses me off: Parent shaming.

To be clear from the start, I don’t have children but that doesn’t mean I don’t have an opinion on parenting because I do and be forewarned it’s a strong one. It comes from my experience as a teacher, daughter, aunt and friend that has been a shoulder to cry on and an ear for heartache. Though I have wiped the tears of several little ones, the tears I’m frustrated about today come from the loving adults I know who are judged and/or given unsolicited child rearing advice far too often. It’s in support of all the great parents out there that I write on one of the things that gets me heated.

To some, the term parent shaming is when parents make their children feel bad. Shaming kids is a big no-no and can have negative, long-term effects. For this piece however, we’re using the term parent shaming in the context of parents being shamed for their parenting style. It involves critiquing parents in-person, online (through social media) and/or even getting authorities involved for actions that meant and caused no serious harm to their child (physical or emotional).

Parent shaming can come in many forms.

It can be passive aggressive comments, such as “wow, your child is so cute and chubby … don’t worry, I’m sure if you pay more attention to what you feed them they will grow out of it”.

It can be direct insults such as “my child is so well behaved, they would never colour the wall like yours because I give them clear rules” .

Finally, it can be comparisons like “your daughter is marrying a non-Indian? Hmmm yes that’s what happens when parents don’t teach our culture”.

Why We Should Stop Parent Shaming?

Parenting already has their natural challenges so there’s no need to add to that by creating a critical environment. Anxiety and post-partum rates are scary high with almost 80% of women around the world having a form of “baby blues” after giving birth (father’s are affected as well with as many as 10% experiencing it) and as long as people continue to parent shame, those numbers may not decrease.

Shaming parents can impact children as well. Many of us can relate to feeling pain when we see our parents experiencing pain and children at any age can pick up on their parent’s stress.

Some people will pass off parent shaming as if it’s no big deal by saying “well if you didn’t do anything wrong, you shouldn’t feel shamed” or “you’re being too sensitive, don’t take everything so personal.” The thing is parenting is personal. How people parent is their business and unless there’s a child in significant harm’s way, there’s no reason for outsiders to voice opinions unless asked.

How Can We Stop Parent Shaming?

First, don’t participate in it. It goes back to the childhood rule, “if you don’t have anything nice to say, don’t say it.” If you have friends who are parents and they are venting, ensure you listen more than you speak. Before giving advice, ask if they are open to it by saying “did you want to hear my thoughts, or did you just want to vent?” If you’re in an environment where people are gossiping or making nasty comments shut the conversation down by changing the topic or giving a firm but friendly reminder that no one is a perfect person or parent.

Second, stand-up for yourself if you are being shamed. Tired of being victim to online parent shaming, some celebrities are fighting back against their trolls and we love it! A great example is Chrissy Teigen, who has been shamed for eating cereal while pregnant and going out to dinner shortly after giving birth. Chrissy along with her husband John Legened have both clapped back at the un-necessary, hurtful comments towards them and other parents as well.

Bollywood celebrities are also taking a stand.  Angad Bedi for example, publicly defending his wife Neha Dhupia who was the victim of body shaming after giving birth. We all know a woman’s body changes during pregnancy and though this may not involve parenting style, it’s still a form of shaming people who are parents. Kareena Kapoor Khan famously talked about the parent shaming she would get when people (mostly online) would question her parenting abilities and accusing her of prioritizing her workouts before her son.

Third, you can counter the effects of hate by spreading support. Compliment the parents you know and ensure they know you’re there for them when/if they need them. No one is a perfect parent so make a promise to yourself to be more aware of your words and let’s collectively put a stop to senseless parent shaming!