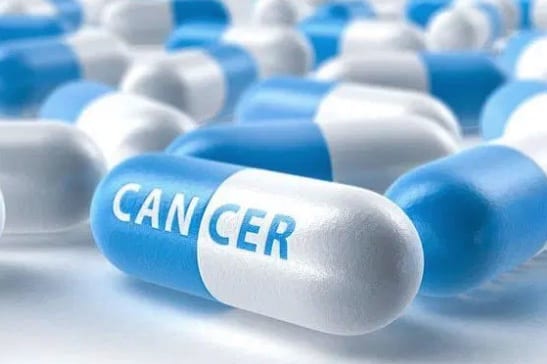 What Pisses Me Off: My Father’s Stage 4 Cancer Diagnosis

A shocking stage 4 cancer diagnosis rattles the world of the patient, family and friends. For me, it was even worse.

What Pisses Me Off: My Father’s Stage 4 Cancer Diagnosis!

On September 12, 2019 my father was diagnosed with stage 4 gastric cancer and my life was instantly divided into two parts, “BC” (before cancer) and an uncertain future which revolves around how much time my father has left. In the days that followed the shock diagnosis I was overcome with sadness and anger because BC my father’s main health nemeses were diabetes, glaucoma, and hypertension. To add cancer as another health nemesis broke my heart.

One of the social weaknesses of western society is its constipated view of serious illness, namely we are not taught how to express our feelings about same. Therefore people either say too much and burden the family with false hope or false doom, or people say too little and allow cancer to define the conversation through silence and stilted sentences. Having experiencing all of that now I have some words of what to do and what not to do.

WATCH FOR THE FLAMES BUT DO NOT DOUSE THE FIRE

My father is the centre of my whole world and when I heard the diagnosis I was furious. This sweet, harmless man whose main preoccupation was to sneak mitthai when my mom was busy has now been given a serious health sentence. I cannot fathom why these vile cells are inside of my father, and the thought that one day I will wake up and he will not be in the kitchen asking for chai kills me.

I have always gotten along better with my father than my mother, and I actually said that I love my father more and that my mom should have the cancer and die sooner. It is shocking to type these words but all I could remember was how much my father loved me, and supported me during my teen years, when everyone, including my mother, judged me and treated me harshly.

I shared my thought with a few people, and I was gently admonished. The admonishment did not abate my anger, instead it made me more defiant and strengthened my belief that the wrong parent was afflicted with cancer. I calmed down several weeks later and  I realized on my own that my thought was cruel and that I love my parents differently but equally.

The key to being a good friend is to just be a sounding board for the family. Your job is to listen without prejudice and understand that the surge of stress and grief can temporarily impact thoughts.  You are a great friend if you can provide  safe place where the family can vent its deepest, darkest feelings, and you can gently suggest that counselling is an ideal way to handle emotions and angry thoughts.

The one social aspect of the cancer diagnosis that I revile without reserve is the way well meaning people frame their language within the context of memento mori.  I used to cry and lament that I do not have enough time with my father.  Friends, often responded with this trite phrase, “Enjoy the time that you have left.”

Part of cancer’s cruelty is that it is bespoke and hence hard to predict with any certitude when it will progress to the terminal stage so you do not know who much time is left. The response makes its sound that since your loved one has cancer that his or her time is running out faster than that of others. Realistically speaking, healthy people who drive on the highway to work have a higher probability of dying in a traffic accident on a  daily basis than someone dying of stage 4 cancer at any given moment.  Therefore, we should all live with the sense of memento mori because we do not know how much time any of us has left.  Further, the response just reminds the family what it already knows: stage 4 cancer harkens towards a death that is petrifying and cruel, no matter how hard the palliative care unit of the local hospital strives to provide otherwise.

It is helpful to not speak with a sense of memento mori but rather with a sense of carpe diem quam minimum credula postero.  The film Dead Poet’s Society popularized the first part of the Latin phrase which means seize the day. It’s a shame that the film did not teach the full phrase (carpe diem quam minimum credula postero) which shifts the accent of time to the present: seize the day, trusting as little as possible in tomorrow.

In carpe diem-speak, ask the family questions that are limited in time frame.  For example, instead of asking what the family plans to do next week, focus on a specific event that could be as simple as breakfast.  Time, for a family that receives a shock cancer diagnosis, is terrifying because no one knows when the abyss of death will come.  However if time is parcelled in bite size units, it is easier to focus on the moments and realize that breakfast was fun.  To enhance the present sense of time, I suggest using terms which focus on the journey through cancer as a trip, rather than the final destination.  It is less painful to hear that we should cruise along with our loved ones rather than spend time with them before they die.  The verb cruise implies being together and moving forward without the morose sense of memento mori.

Never forget that time is the god of all things, big and small which brings me to my next point …

In South Asian culture, religion is an integral part of the daily fabric, and far too often it is assumed that people in your community share your views.  I cannot describe how it raised my ire to hear a family member try to comfort me with the following concepts: we cannot understand but God knows best, and we must accept His will.

My father is my everything and frankly speaking he does not deserve to have cancer. It offends me that the same God who gifted humans with the ability to diagnose cancer stops short of letting us know why good people like my father develop cancer. If God is great, then surely He could have the courage to explain why good people like my father must have this disease. Until I am given a clear explanation as to why my father is in this situation, an explanation that matches the clarity of the pathology reports issued by the hospital, God is no comfort, and is in fact rather useless, as usual. If you can tell me how I can convince God to cure my father or at least show me concrete reasons as to why this is happening, then perhaps you can raise God in my presence, until then … just don’t.

Religion is highly personal and I beseech you to resist the temptation to use your own religious proclivities to comfort a family that has received a shock cancer diagnosis. In this intense situation, some people might need religion because its construct offer comfort and for others, the lack of explanation leads them to conclude that Karl Marx was on to something when he observed that religion is an opiate of the masses.

VISIT FOR IMPACT, NOT FOR YOURSELF

The news of my father’s cancer diagnosis spread quickly and I was moved by the number of people who visited him in the hospital. It warmed my heart to see that my father is one of the most successful persons on the planet because the sheer love and devotion of his family and friends is at least as immense as the Milky Way.

The problem with all of the love is that well meaning family and friends visited my father simultaneously for several weeks.  My mother is his chief caregiver and she was run ragged by hosting the visitors. In theory she is supposed to take it easy when well wishers arrive at the house but my mother, like every other self-respecting, top-level aunty on the planet, is trained like a samurai in the art of being a hostess. The training did not come to  standstill because her husband was diagnosed cancer, and consequently, she was simultaneously touched by the visits and exhausted by same. The fact that well wishers brought food and fellow top notch aunties insisted on helping did not abate her stress level because chai was to be served her way in her castle.

I strongly urge you to resist the desire to run and visit a family that has received a cancer diagnosis. Please call and ask when would be a good time to visit. The fact that you’re calling is already an enormous sign that you care, and your considerate attitude relieves overwhelmed caregivers who are likely exhausted from the hospital and the deluge of well meaning friends and family.

In the event that you know several other friends in the same circle, take the initiative to coordinate visits with them so that there is no overlap. I know that my father is sometimes lonely after the deluge of visits and I cannot help but wish that the deluge of friends from September had actually been spread out as a trickle of visits over the weeks. The trickle is manageable for the caregiver, will not exhaust the patient and the impact of the visit will be poignant and memorable.

Regardless of my sadness and anger, I recognize that every single person who has visited my dad since the shock cancer diagnosis is a well meaning and wonderful person. I will be eternally grateful for their gifts of time and patience.

In my life during BC, I never reflected on what a family needs when they receive a shock cancer diagnosis. My father suffered from stage 1 prostate cancer many years ago but it was such a swift chapter and treatment was successful  so I did not fully digest the issue.

Unfortunately, stage 4 gastric cancer is a different beast whose horns resemble the wings of the Angel of Death. The experience taught me how I want to be treated, and I intend to treat other families with the sensitivity that I needed and still need.   I hope that my words will help you approach the situation with confidence and sensitivity so that you can buoy a family that is facing such a terrible situation.