What does it mean to be a woman? The answer is quite different now than it was in the past. Women today are fearless, powerful, courageous, beautiful, willing to speak their minds and, most importantly, successful. Women have evolved and are more involved.

If you're a woman in doubt and in need of reassurance of what you can be capable of, allow the following list to lift and inspire your soul on International Woman's Day, and every day.

The Vixen: The Good Wife’s bi-curious bad girl Kalinda Sharma turns up the heat every Sunday night as the sexy and smart investigator and good friend of Alicia Florrick. Panjabi was nominated for an Emmy three times before finally snagging a win for Best Supporting Actress in 2010, making her the first South Asian woman to bag an Emmy. Aside from her acting career, she has partnered with Amnesty International to stop violence against women and she participates in Rotary International’s “The Close” to end polio. Panjabi will definitely be missed (along with those killer boots), as this is her last season on the über-addictive legal drama. Don't fret, fans, because rumour has it that the actress has signed a holding deal with 20th Century Fox TV, which means it won't be long until we see a fresh new Panjabi hit prime time. The Comedienne: Kaling interned for Late Night with Conan O’Brien at the age of 19, joined The Office when she was just 24 and went on to write 22 episodes — for one of which she was nominated for an Emmy. She wrote the hilarious autobiographical book Is Everyone Hanging Out Without Me? (And Other Concerns) and is the writer and producer of her very own laugh-out-loud comedy, The Mindy Project. From The Office to penning a memoir to taking on the operating room, Kaling pushes through the stereotypes with her infectious charm and humour, winning over fans and peers alike.

photo: freepressjournal.in
The Humanitarian: This beauty queen is an award-winning Bollywood actress and singer who holds a Miss World title (2000). Conquering the industry in her homeland, Priyanka is a true game-changer, as she's just signed a pilot with ABC. She's won the National Film Award for Best Actress for the 2008 film Fashion and four Filmfare awards. But it’s not all about the glitz and glamour for Chopra. Her sensitive nature, philanthropic upbringing (her parents were doctors who often treated the less fortunate) and golden heart have led to contributions such as becoming UNICEF India’s official ambassador for children’s rights in 2010, participating in the Help! Telethon to raise funds for victims of the 2004 Indian Ocean Tsunami and having numerous articles published in the Times of India and The Guardian (U.K.) in regards to women’s safety issues, child marriage and female genital mutilation. photo: i.guim.co.uk
The Intellectual: The semi-autobiographical novel The God of Small Things turned Roy into a household name when it won her the Booker Prize in 1997, proving her worth as an accomplished writer and activist. She went on to win the Lannan Literary Award in 2002 for her work regarding civil societies affected by giant corporations and the Norman Mailer Award in 2011 for distinguished writing. As of 2014, she can now add Time Magazine's 100 most influential people in the world title to her roster. 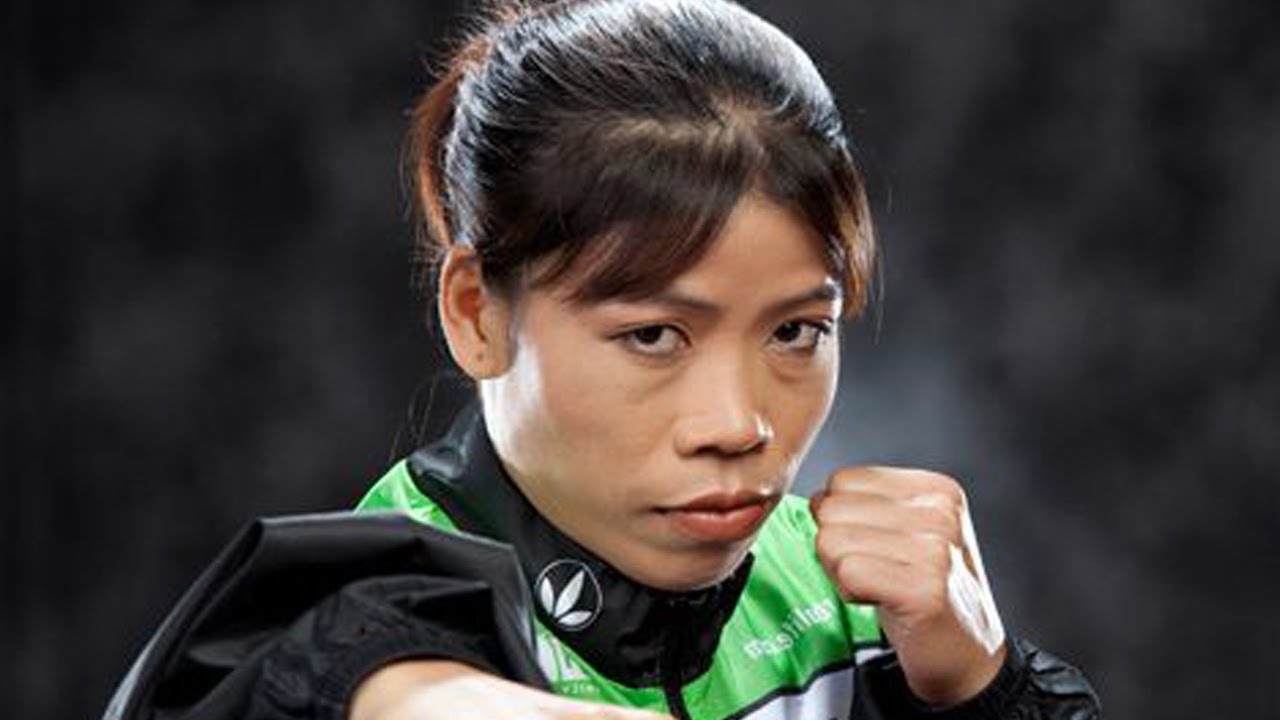 photo: i.ytimg.com
The Muscle: Mary Kom first turned heads at the 2012 Summer Olympics in London, when she won the bronze medal for women’s boxing the first time the sport was ever featured. As of 2014, Kom is known as the first Indian woman boxer ever to win the gold medal in the Asian Games in Incheon, South Korea. Having Priyanka Chopra portray her in the autobiographical film titled Mary Kom also doesn’t hurt. The medalist recently announced that she'll be putting down her boxing gloves for good after the Olympics in Rio. photo: filmfare.com
The Media Moghul: Not only is she the daughter of legendary actor Jeetendra and sister of actor Tusshar Kapoor, but Ekta Kapoor has also made a big name for herself as a major television producer for Balaji Telefilms. She has even dabbled in producing movies for Bollywood, curating notable works such as The Dirty Picture and Shaadi Ke Side Effects. 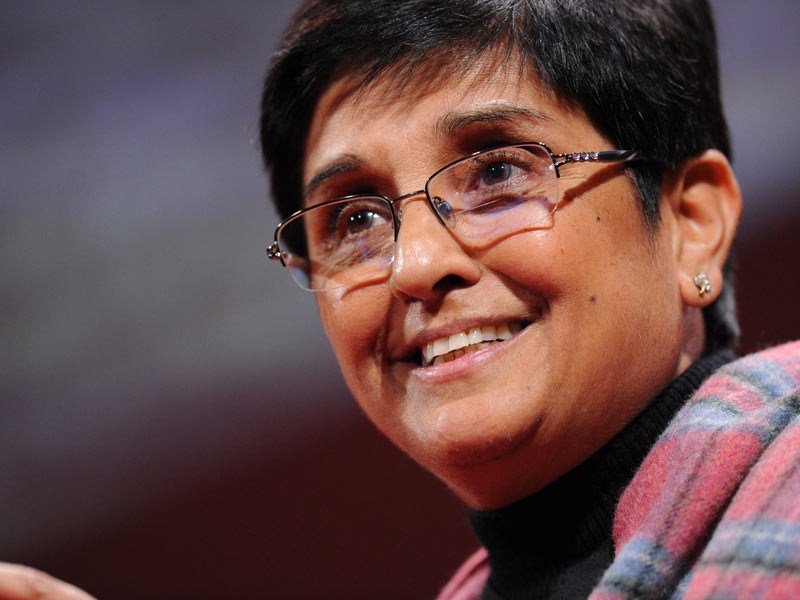 The Chief: Kiran Bedi was just 23 years old when she first joined the police service back in 1972, making her its first woman officer. Now retired, she continues to work for the civilians in India as a politician and social activist. Her outstanding work to dissolve violence and make a social impact won her the Presidential Peace Medal in 1979, the United Nations Medal in 2004 and the L’Oréal Paris Femina Women Award in 2014. Kiran Bedi, we salute you. 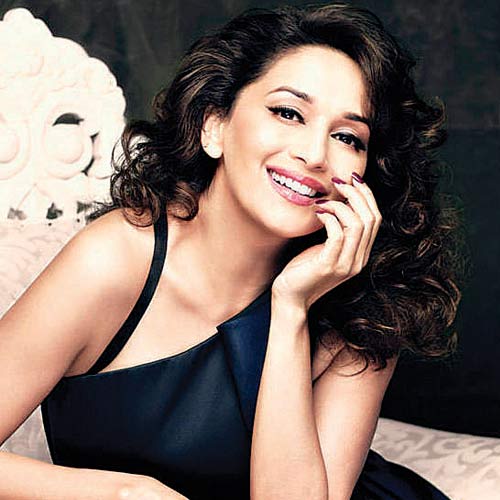 photo: static.dnaindia.com
The Ageless Beauty: Madhuri Dixit is an icon in her own right who simply does not age. From starring in some of the most famed Bollywood movies of the '80s, '90s and 2000s to awards that include a Padma Shri to her own dance academy and making a killer comeback via TV, the actress has conquered acting, the art of dance and TV hosting — all while keeping a stable home life as a mother and wife. After 28 years in the biz, she's still going strong. When she gets a break, Dixit devotes time to charitable causes such as donating her winnings from Kaun Banega Crorepati (2001) to the victims of the earthquake in Gujurat. In 2011, she visited 75 orphans of farmers at an ashram in Trimbakeshwar and stayed to celebrate two of the children's birthdays. In 2014, Dixit was also appointed as UNICEF’s goodwill ambassador for children and women's rights.

The Athlete: In 2012, at just 22, Saina Nehwal won the Bronze medal at the London Summer Olympics. Two years later, she went on to become the first Indian to win at the China Open Super Series Premier, beating Japan. In 2015, Nehwal won the India Grand Prix Gold. With a bevy of sporting awards and big-time endorsments such as Bharat Petroleum Corporation Limited, Vaseline and Sahara India Pariwar, this young lady proves that age is just a number and gender a small detail.

The Mouthpiece: You can say that 17-year-old Malala Yousafzai is our generation’s Mother Theresa. In 2012, this young lady was shot three times in the head by a gunman aboard a bus in Pakistan. She was in critical condition but, luckily, recovered. You could say she’s even stronger than before. In 2013, Time Magazine named her one of the 100 most influential people in the world. At the age of 11, she wrote a blog about living her life under the rule of the Taliban. She used a pseudonym and sent it to the BBC. Her words have translated into a worldwide movement following her powerful speech at the UN in plea for education for all. Today, she holds a Nobel Laureate Peace Prize, the Simone de Beauvoir Prize and Honorary Canadian Citizenship.
TAGS