India's Government Plans to Invest US $6.8 Billion in Expanding the IT Industry.

The Indian government's main goals in improving the IT industry through a US $6.8 billion investment include both salaries in the IT sector and interaction with citizens. During an April visit to Paris, Prime Minister Narendra Modi highlighted the benefits of global technology companies investing in India. Focusing technological investment on impoverished citizens and youths should have a positive impact on India’s tech industry by helping these citizens find employment. These citizens’ migration to other countries in search of jobs should reduce as a consequence. Modi remarked that French technology companies' investments in India will yield a mutually beneficial relationship. Global companies like these will have a access to an abundance of workers to support long-term success, and this means India can share more technological innovation with the world. 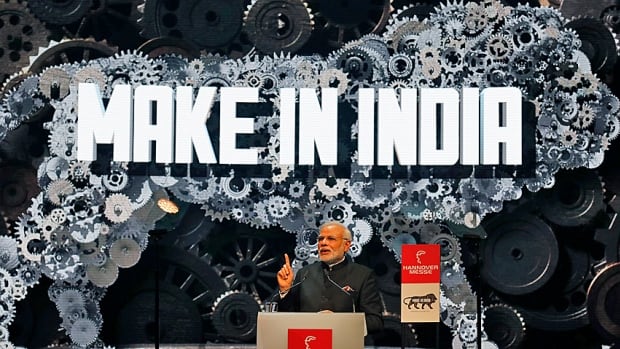 Currently, India’s vast youth population and middle class populations allow the technology industry to prosper. This means that the industry should gain an impressive $12 billion in 2015. Earlier in 2015, India became the country with the fastest economic growth. However, India’s manufacturing sector has been facing some stumbling blocks and slow growth. Improvement lies in encouraging future citizens to secure professions in the manufacturing industry. So the government has designed the Make in India program, which focuses on expanding the manufacturing and technology sectors. Programs like these suggest a prosperous future for India’s technology industry, and current reports show that technological development in India will continue to expand. Global technology companies value India’s middle class population because these people should encourage increased sales. As a result, companies can use India’s affordable manufacturing sector to develop products for a receptive middle class population. Along with government programs, this approach should drive India's technological
development.

But tech start-up companies need more government support. Programs like Internet.org make it harder to establish a business immediately. Online promotions work best if tech start-ups don't have to depend on additional promotional finances or on sales. Tech start-ups have cosigned a letter to Modi asking for the government to preserve net neutrality. Campaigns like savetheinternet.in further these initiatives, and the letter reminds the government that tech start-ups need support because they could be the next big success stories. With the Modi government's focus on technology and development, tech start-ups can, ideally, receive more attention.

Currently, India’s focus on expanding the technology industry seems promising. Hopefully, these plans will yield some prosperous developments in the near future.