From her American Idol win to being a fixture in the galaxy of hot young stars, Jordin Sparks is ready to sizzle again with her latest album.

Though an established star with a highlight-filled career behind her, Jordin Sparks has the world ahead of her. At 21, the youngest-ever American Idol winner, Sparks is on the verge of releasing her third album. Her accolades at such a young age are extensive: a Grammy nomination, the best-selling single by any American Idol contestant, a widely praised performance in the Tony Award-winning musical “In the Heights,” scores of collaborations with other luminaries and three top 10 singles. ANOKHI caught up with Sparks on the heels of the release of her beloved new single, “I am Woman.”

Idol winners clearly meet different fates. How has winning helped you and how has it held you back?
For the most part everything pretty much started with Idol. I was doing other things, like singing in church and singing in school, but Idol was really where everything took off. But for me it's been a steady rise. I mean, every year I’m busy and every year I have work and every year I have tours, and I’m still blessed and lucky that people still want to see me sing. I don't really think it's held me back any. If anything I'm just now starting to spread my wings.

How has being the youngest Idol affected you, whether positively or negatively?
Positively because it's always been really cool to say, “Yeah I was the youngest winner.” [Laughter] That's always been really fun. I think while I was on the show it was an advantage because I was the younger one with the huge voice, but at the same time, it was sort of a disadvantage because I think there were a lot of people who thought, “Hey, she’s too young. She won't be able to handle Hollywood and everything that comes with it.” I think I've done a pretty good job. There's been that kind of perception that being young, people tell you what to do and that you’re kind of just a little bit of a robot. I don’t think my label was expecting to have a headstrong, 17-year-old come in and know what she wanted to do, so I'm sure that definitely took them by surprise.

What have been the most significant changes in your life over the past four years?
I'm still the same. I still love going home and doing all the normal things, and playing with my puppies and hanging out with my brother, and different things like that. But I really am taking more control, taking hold of the reins. I’ve grown up in that aspect and I really, really know what I want to do and I’m like, “If you can’t keep up, then I’m sorry, I don’t have time.” Like, we’ve got to keep it moving. But it has been definitely different also being in the spotlight and growing up and being like, “Alright, I gotta do this thing," and then there’s “OK, what about boys?” And then it's just like, “I don't have time for boys!” It's crazy.

I can only imagine. Your third album is coming out. Can you tell me a little bit about it?
I don’t have a release date for the album yet. I put out “I Am Woman” because I was so tired of not giving my fans something to digest and chew on and be able to listen to.

Fans expect so much in this digital age.
Right, right. Exactly. It”s definitely a time and an age where we need things instantly and we get things so fast. So I was like, “I need to get something out for my fans to have.” So we did “I Am Woman” and now I have to go back in the studio and I need to make sure that the songs I recorded before [this single] and the songs I record now are cohesive and definitely work with it. But I do have a couple of songs in the vault that I'm really excited about.

Could you tell me anything about the new material?
I literally went into the studio with Harmony, my producer out of London who moved to the States about two years ago. He wrote this new track and me and this writer Courtney sat down and started writing the song. I love theatre, so there’s a little bit of theatre influence. It’s definitely a hard beat so I’m really, really excited about it. But it’s not finished yet so I can’t tell you any more details because we haven't come up with it yet.

I think it is clear what “I Am Woman” is about, but what is it about to you?
I wish I had written this song because it is everything I say a lot. “These shoes hurt; these stilettos hurt so bad, but somebody’s gotta wear ‘em,” and that's the first line in the verse. I met the writer of the song, his name is Ali Pierre, and he grew up with five or six sisters and his mother. He just wanted to write a song on how much he appreciated his sisters and his mother and their strength, and I see that every day in the people that I deal with. Every woman has a strength and a confidence, and there's beauty in that. There's beauty in finding that strength inside of you and it’s something I wanted to say. I just turned 21 and I’m not completely grown up yet, but I was trying to make a statement that "I'm not the 17-year-old girl who was on Idol anymore." I really love your fashion sense. Can you tell me a bit about how you've cultivated your own style?
I'm still cultivating it, actually! During Idol it was funny—I used to love wearing flats, and boy has that changed! High heels are my go-to thing. If they're not four inches or taller, I probably won't wear them. Shoes definitely make an outfit with me. I’ve definitely learned how to dress my body shape, which has definitely helped with confidence levels as well, being able to accentuate what I have. I do really well with jewel-tone colours. I love orange and just being able to experiment with different things. Usually comfort is what I like to go for, but at the same time, on the red carpet, if there's a pair of shoes that look really good but they hurt, I will sacrifice! I will wear them. I will wear them for the picture. And if I have to go in and take the shoes off or change them under the table for a few minutes, I will make it happen.

Well, speaking of your body shape there's been a marked change in the last six months I’d say. You've been looking fantastic lately. What have you been doing differently?
Thank you. Last December I turned 21 and was thinking to myself “Everyone makes these New Year's resolutions and they never stick to them.” So I said, ‘I’m going to be active. I’m going to go do something.’ And I kind of just stuck with it. I’m just doing a bunch of different things—hiking the mountains at home, seeing a trainer, Zoomba, which has been amazing! If you haven't taken that class it is so great! And portion control; changing the way I thought about food. It’s been crazy looking in the mirror and saying, “That's the muscle I wanted to see!”

What kind of exercise do you enjoy most? Are you a runner?
Oh, no! I cannot run! I’ve got too much to carry! It hurts to run. I do cardio and Zoomba, which I definitely fell in love with. I tell everybody to go try it!

I will totally keep that in mind! You’ve done a ton of collaborations with an incredible amount of artists. Which one stands out the most for you?
I’ve definitely worked with a lot of great people. I would say the song ("No Air”) that I did with Chris (Brown). I had no idea that song was going to be so massive. I still have people coming up to me today saying “This song has gotten me through something” three years later. I would love to work with Fergie sometime. I would love to work with Stevie Wonder and Smokey Robinson if they ever want to get in the studio with me.

You're a star now, but across all your endeavours since Idol, in the past five years, when have you been the most star-struck?
Oh, when have I been the most star-struck? Okay. Let me think. I’ve seen them a couple of times, but it is definitely the greats that I'm star-struck with. I remember I did an awards show and there was a tribute to Aretha Franklin, and I was told I was going to sing “Respect” and I was like, “Cool.” And they were like, “Oh, she’s going to sit right in front of you.” And I was like “Excuse me?” It was the craziest thing, but I went out there and did it. I remember meeting Diana Ross on my season of Idol. She was the first mentor we had and that was insane, and over the past couple of years I’ve met Stevie Wonder and Smokey Robinson. I speak to them normally, but in the back of my mind I'm like, “I can't believe I'm talking to you!”

Are you a Bollywood fan at all?
I love the colours and the Hindi music and the way they dance, but I haven't actually watched too many Bollywood films.

Have you had the opportunity to perform anywhere in South Asia?
I haven't been there. I would love to go some day, but I haven't been myself yet.

ANOKHI is a word that means unique in Hindi. In the spirit of that, what would you say makes you unique?
What makes me unique? That’s a really good question. Goodness. I guess I'm really silly. I’m very outgoing. I like to make fun of myself, but I also like to see the best in every situation and give people the benefit of the doubt. I guess in Hollywood people really don't do that much anymore; trying to give people a chance and still being the same person that I was four years ago that I am now. That would definitely make me unique that I'm different, but I haven't changed at the same time.

Well, you sound very down-to-earth.
Thank you! You would probably have to ask my family or my friends what makes me unique! That was a hard question, but it was a good one. 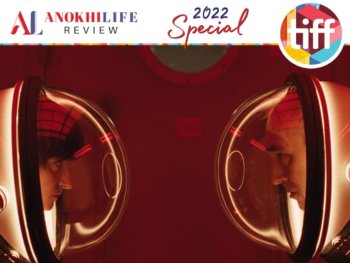