/ Exploring The South Asian Culture Of The West Indies

Exploring The South Asian Culture Of The West Indies After being resettled from India in various West Indian countries now recognized as Indo-Caribbean, generations of West Indians have created a culture of their own. We explore the South Asian Culture of The West Indies.

Over half a million Indians found themselves on month long journeys from India to various West Indian countries after the abolishment of slavery. The British owners of plantations found themselves without workers to take care of the land and crops, mostly sugarcane, and introduced a new age of slavery — the indentured labourer. Being one of the largest British Colonies, India served as picking ground for the new workers that were needed on the plantations. From 1838 to 1917 ship loads of Indians from Uttar Pradesh, Bihar, Andhra Pradesh and other states set sail from Calcutta bound for various West Indian countries, including Guyana, Trinidad and Tobago, Jamaica, and more. Promised with the opportunity for great jobs and a better life, thousands of Indians boarded the ships, but only fractions made it to land as the ships were ripe with illness. And those who did make it were sent directly to the fields. Long days and menial pay made it nearly impossible to repay the debts to return to India and many stayed.

However, despite an effort to enforce different religions, many of the Indians used their religion and faith to bind them together. Even though India was home to the caste system, once they realized what could have happened to their religion and culture, they came together, regardless of caste, and proudly continued their culture. Now, if you drive the streets of these countries, you will find various temples, mosques, ashrams and schools that proudly showcased that regardless of the British rule, religion and culture survived. Hinduism continued throughout the countries and is symbolic of the way that the workers came together and fought the attempt at wiping out their culture. Religious holidays like Diwali, Phagwa, and Shivaratri are widely celebrated and recognized by the whole country.

How The Culture Came To Be

Throughout the years, West Indian countries have become a cataclysm of culture with intersections of different areas meeting. It is through these meetings that the West Indian culture was born and served to influence food, music, festivals, fashion and entertainment. As many of the countries were freed from the British rule, large street festivals were hosted in celebration. These festivals are evidence of how various groups can come together for the betterment of all. Guyana is host to Mashramani, Trinidad to Carnival, and many countries celebrate this alongside J’Ouvert which is a festival in celebration of the abolishment of slavery.

Music and festivals go hand in hand as the creation of musical genres such as soca, calyspso and chutney blended numerous backgrounds including Indian and African, creating a truly unique sound. At the concerts or the festivals listed above, you can easily find performers speaking English as sell as Hindi, and many other languages. The festivals bring thousands of locals and international revelers to the countries to celebrate and take part in the party. Costumes are elaborate and party goers don just about whatever they feel like. In fashion and entertainment, similar to the festivals, it is a blend of western clothing and entertainment and eastern clothing. You could rock jeans every day and check out the latest movie, or rock a sari and go to temple — both are known and accepted.

The tropical climate of the West Indies means that spices could be found all over the countries and allowed people to create wonderful dishes full of spices. Indians adapted their cooking palate to suit what was available in the countries and soon were part of developing a very specific West Indian menu. The curries of the West Indian countries are very similar because the garam masala and curry powder base are similar, however they differ in that more heat is added for a spicier curry in the West Indies and no creams or yogurts are added like in India.

Naan and parantha in India are essentially roti in the West Indies. Both are flour based and both can be spiced or cooked stuffed with vegetables. The chick pea base that is used to create pakoras in India is used to make pholourie and the shell of the famous Trinidadian dish doubles in West Indies. Flavour profiles of breads are very similar and are eaten in much the same way. Veggies tend to get fried and served with rice or roti much the same but are spiced differently like the curries. Indian and West Indian foods are very similar yet very different based on the spices that are available.

After generations of being removed from India, the religion, culture and faith have stayed with the people who were brought to the West Indies from India but they have been a huge part of the creation of a culture for the West Indies that includes fashion, music, entertainment and style. Regardless of it all, whether from India or the West Indies, we take our cricket very seriously. 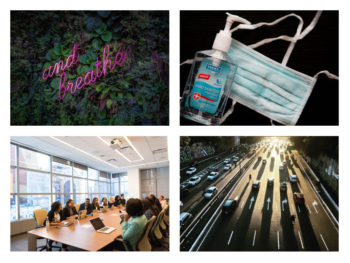