The noted director recalls why she felt her latest film,  Viceroy’s House, needed to be made.

It all started with her appearance on the BBC television show Who Do You Think You Are? A television program that focuses on exploring ancestral heritage. In 2005, it was film director Gurinder Chadha’s turn. Fresh from the success of her beloved soccer film, Bend It Like Beckham, which captivated the hearts of cinema goers all over the world just a few shorts year prior, Chadha was eager to finally see firsthand how the partition of India played a role in her family’s history. She was on a mission to find the house that her grandparents habituated in before they were forced to leave as a result of the end of the British Raj where 14 million people were displaced from their homes, and 1 million people perished. The partition of India resulted in the largest human migration in human history.

In a touching first person account, Chadha recalled that journey penning her experiences last year for The Guardian:

“When we eventually found the house, it had become home to several Muslim families whose parents had all fled India during partition. One woman handed me a shawl and a bouquet of bright plastic flowers, saying: “My family came from India in 1947. I am Indian like you.” Then an old Pakistani man smiled and said: “This is your home, please come back any time. We will be watching the road waiting for your return.” I burst into uncontrollable tears, tears held back over years of trying to contain the injustices of history to which my family had been subject, tears now released as I wept with the inhabitants of my ancestral homeland, now a different country, but one where we still shared the same Punjabi language and sense of family.”

And that was what propelled her to take the helm of the directorial chair once again for Viceroy’s House. The star-studded sweeping epic documenting the final days of the British Raj focusing on the goings-on at Viceroy’s House with Lord Louis Mountbatten, the last Viceroy of India (played by Downton Abbey’s Hugh Bonneville) and his wife Edwina (played by The X-Files’ Gillian Anderson).

Shot on location in Delhi and Jodhpur, India, Chadha looks to her cinematic inspirations of David Lean (Lawrence of Arabia) and Merchant/Ivory (Room With A View) when it came to capturing the majesty of that time on screen. She explained to me during our phone interview, “We start extensively with a big British costume drama in the vein of a David Lean [and] Merchant/Ivory kind of feel. You are going into the film about the Mountbattens but end up with a journey.” That journey Chadha alludes to is the Viceroy’s task of managing the political machinations of partition while downstairs, their 500+ “indoor servants” contemplate the future of their own lives and that of their families.

As the lines of partition are drawn, it also sets the flames of fire of increased animosity between the country’s Sikh, Hindu and Muslim population adding another element of uncertainty. The uncertain fate also plays out in the caste-crossed love story of a Hindu valet, Jeet (played by Manish Dayal), and his love, Muslim girl Aalia (played by Huma Qureshi).

Since her focus was set on making this film, she relied on a great deal of research for five years, some instigated by her, while other key pieces of research serendipitously appeared into her space.

“One book in particular was revelatory: The Shadow of the Great Game by Narendra Singh Sarila.” Chadha recounted in The Guardian. “Narendra had been aide de camp to Mountbatten. In 1997 he was in the British Library researching a book about his family when he was approached by an Indian librarian. She had been given a box of papers to index – secret government documents that had recently been declassified. The documents appeared to confirm a secret strategy for the protection of British interests in Asia that inexorably led to partition. So much for it being the fault of the warring Indians, as I had been taught at school in London, or principally the fault of Mountbatten, as many of my relatives believed. It was far more complex, and this revelation provided me with a way into the story.”

The film launched to global acclaim, albeit not without controversy, as Pakistan banned the film due to Chadha’s portrayal of Nehru, however Chadha did note to me the British Pakistani community’s feedback to her Viceroy’s House. “For their first time they see their history. I think the coolest thing is people being able to understand the facts and figures of what happened and being shown from a different perspective from the British Empire history that they’ve been told.”

Addressing the generational differences with her audiences from her screenings in New York, the U.K. and Australia she discovered that the younger generation who grew up hearing about the stories of the partition from their grandparents, “finally understand what their family went through and understand the animosity between India and Pakistan. That tension has always been there, but now you see the roots of it.”

Being a British woman director tackling this sensitive topic was not lost on Chadha, noting that obviously, the story-telling would have been different if the director was not South Asian or a British woman for that matter. “Here you have a British, Indian, Asian, female, Punjabi [director] who brings another perspective. It’s a carefully balanced film. There are no heroes or villains. I’m presenting the facts beyond, jingoism and nationalism and to show that’s there is humanity and showing the consequences of what happens in the politics of hate and division.” 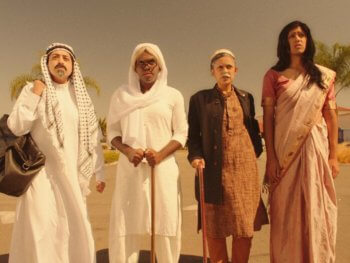 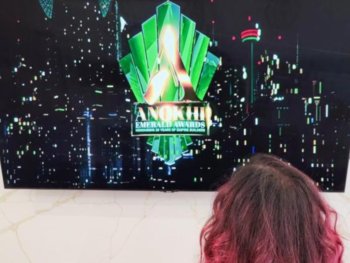