With a breezy mash-up of music, arts and lifestyle, the second season of the Mercedes Benz Colombo Jazz Festival had the Sri Lankan capital grooving over a memorable weekend.

I landed at Bandaranaike International Airport on a relaxed Saturday evening, just as the first night of the Mercedes Benz Colombo Jazz Festival was getting into the swing of things. Instagram updates reported that British jazz-funk band Incognito was headlining the event, and bandleader Jean Paul (Bluey) Maunick had the city’s cognoscenti snugly in the palm of his hand, smoothly overcoming an unexpected hurdle – a whopping afternoon rain showers.

It was a homecoming of sorts for one of the younger vocalists in the 38-year-old band, Imaani Saleem, who is half Jamaican and half Sri Lankan. Along with Saleem and Maunick, the hugely popular ensemble of 11 vocalists and instrumentalists had set the tone for the two-day lifestyle gala.

Meanwhile, I had to concede to drowning my sorrows into a fiery chilli crab and chicken kottu at the Hilton Colombo’s superb Curry Leaf restaurant. The hotel, just a few blocks from the festival venue, was buzzing with festival news. Before the skies had burst open, the crowd was regaled by Sri Lankan band Brown Sugar and Bangalore-based Beer Puppets, and post-shower by RMXD’s dulcet-voiced songstress Lynieve Austin.

Making it to the sunny venue – the heritage Galle Face Hotel – the next day, I was lulled into the laid back and stylish vibe of the festival.  Colombo’s bold and beautiful people, togged out in crisp linens and cat-eyed sunnies picnicked with family, friends and gourmet hampers as South African band Major Minor set the tone for the day.

The vista of the Indian Ocean made for soothing respite from the heat, before one could scoot over to the wine and charcuterie stalls for another refill or the shisha lounge for a fragrant smoke. A “designer’s market” showcased chic local products including batik lingerie and resort wear. Spa Ceylon, a festival partner, had put up a tented space to offer foot massages while one lay back listening to the music and staring out blissfully at the waves.

Just as the afternoon was coming alive with an elegant set by UK jazz quartet led by trumpet player Kevin Davy, the skies decided to open up for the second time in a row, sending all of us scurrying for cover. It was a good excuse to hop out for a lunch. At the stunning Paradise Road Gallery Cafe (the atmospheric former office of famous architect Geoffrey Bawa lush with a lotus pond, leafy corridors and tiled roof) a lazy lunch over seafood risotto and whiskey-infused chocolate mousse hit the sweet spot.

Back at the venue, local legend Geoffrey Fernando had driven away the clouds. Bandleader of the erstwhile Purple Rain, which ruled the Sri Lankan music industry in the ’80s and ’90s, the charismatic vocalist set the mood for a grand finale. South African rock and blues star Sannie Fox followed with an electric performance, and thereafter Austrian band Varmint Control who belted out a funky mix of jazz and rock. By the time Singapore-born Australian saxophonist Andrew Oh hit the stage, the sun has set and the crowd was in high spirits.

Saving the best for last, Chicago blues icon Mud Morganfield pulled the audience into a spell (and a trio of enthusiastic on stage for an impromptu jig) with his quick repartee and a thumping tribute to “Pops” his father, the revered blues man Muddy Waters.

The magical night closed with American band El Trio with lead singer and bassist Marco Mendoza bringing the house down with his signature swag and tonal versatility. The LA resident’s addictive blend of rock ‘n’ roll, jazz, Latin, Brazilian and reggae influences were just the high that the groovy festival deserved to sign out with. 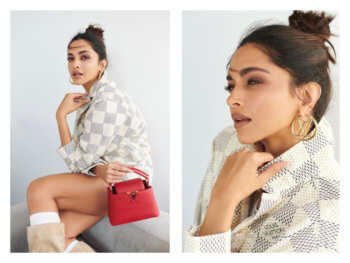