As our cultural appropriation debate continues, in Part Two, we talk to acclaimed Indian fashion designer Archana Kochhar about cultural influence and designing with dignity. We also get ANOKHI’s own Editor-in-Chief, Hina P. Ansari’s, input on how a consumer can be culturally considerate.

*To read the first part of this debate where we discuss the idea of cultural appropriation equating to racism click here.

While there’s certainly nothing beautiful about "exploitation chic" (as the term has been coined), the ethics and issues behind cultural appropriation aren’t at all black and white. Many may be quick to disgrace the designers for cultural counterfeit, but from a fashion standpoint, what is truly original in this day and age? In a post-modern fashion world, where very little is truly unique and avant-garde, isn’t all fashion shaped by surrounding influences? “In a way, all fashion is influenced by other cultures, but you can certainly be original,” says acclaimed Indian fashion designer Archana Kochhar, who has designed for Bollywood celebrities such as Sonakshi Sinha, Kangana Ranaut, Jacqueline Fernandez and many others. Kochhar has been showcasing her collections on national and international runways for more than a decade and is known for her very global design sensibility. “I do think that cultural appropriation is inevitable. We draw inspiration from different sources and cultures and adopt them to our designs. But the lines can certainly be blurred at times and designers don’t realize that they’ve crossed the line from cultural appropriation to misappropriation.” For Kochhar, the most recent example that comes to mind was Maison Valentino’s ode to Africa as evident in their Spring/Summer 2016 collection. “I don’t think any designers mean to hurt anyone’s sentiments,” she emphasizes. “But there is something sacred to every culture, which I believe a designer needs to be aware of before creating any collection.” 
Fashion Law expert Susan Scafidi has said that at its worst, cultural appropriation is a form of exploitation and colonization. As a high fashion designer from a post-colonial nation, Kochhar believes that cultural appropriation is often thought of as a power imbalance. “Here a dominating group adopts from a marginalized culture. Therefore, it is the colonizer taking from the colonized culture. And to some extent, I think this is true. A lot of designers are particularly influenced by the Asian and African cultures.”  Kochhar believes that designing elevates the idea of clothing into something that approaches an art form. “Each fabric has its own grace, its own voice, something that the designs aspire to showcase to the best effect, converting each piece into a frame that celebrate’s the individual’s beauty and grace. It is individuality that we should celebrate. I believe that art should be the melting pot of cultures, where we transcend boundaries.”

“We’re kidding ourselves if we think that we’re immune to cultural influences,” says ANOKHI’s Editor-in-Chief, Hina P. Ansari, an avid traveller. “We often see traits from fashion filter through the years from seeing current beadwork reminiscent of the trend of the 1920s and '30s, all the way through the colourful Indian-influenced '60s which can be still seen today, for example. More specific and more recent, is Deepika Padukone’s milinery choice in Bajirao Mastani (2015). She's wearing a beautifully-pleated hat that I think is similar to the traditional hats worn by Vietnamese women. During my recent trip in Vietnam, I myself ordered some tailor-made Au Xai gowns which to my surprise is very similar to the traditional shalwar kameez.” Kochhar says that the cultural appropriation argument can discourage multicultural understanding and acceptance. “Basically the one that is adopting from a culture should be careful not to offend, and likewise, the people on the receiving end should educate rather than lash out. I think wearing garments inspired by certain cultures for many can be out of respect and love for that culture,” continues Kochhar. “But if we’re talking about love and respect, wouldn’t you first research what is considered in that culture?”

Ansari, whose own livelihood depends on following all facets of fashion and whose penchant for travel is fueled by the desire to explore other cultures, feels that this quick-to-judge mob mentality which has been quite rampant on social media can be dangerous. “This whole 'cultural appropriation' label is now being thrown about so freely that I'm afraid that this will result in a hesitatation to explore, embrace and accept the traditional practices and wardrobes of other cultures." Ansari does emphasize that the wearer has to take ownership in terms of respectability. "Of course there is a responsibility. I feel that it’s important to respectfully embrace other cultures and understanding their history is imperative when deciding to embrace their fashion sense.” Fashion isn’t simply fanciful. “When I travel, I treat it as a history lesson and take the time out to understand the cultural viewpoint and even try to understand the historical relevance of their traditional ensembles.”

By the same token, Kochhar conveys that many designers pay homage to cultures through their work. “I have seen a lot of fellow designers being respectful while trying to portray their designs that are inspired by different cultures.” People tend to interchange cultural appreciation and appropriation, says Kochhar. “Basically, it’s about knowing and maintaining balance, she says. “A designer will get influenced and thus inspired, but has to know where to draw the line both literally and figuratively. It’s something that comes with time and experience in my opinion. I’m definitely influenced by the world around me. How could I not be?” 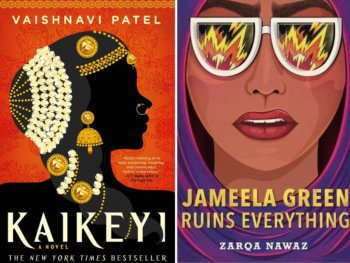